A Development Partner for the Aylesbury

Yesterday evening we launched our search for a development partner for the Aylesbury Estate.  For a project which is due to last over 20 years, with 4,200 homes to be built - 50% of which will be affordable housing - it is crucial that we have a strong partnership which can endure and create a new and exciting part of Walworth to replace the current Aylesbury Estate.

At the time it was built in the 1960's the Aylesbury was seen as the answer to many of the problems which existed in poor quality housing in the area.  Inside toilets and bathrooms were fairly revolutionary for the new residents of the estate, and the generous room sizes were in sharp contrast to the often cramped conditions in the houses that the blocks replaced.  But the answers which the Aylesbury provided were soon overshadowed by the problems which were inherent in the design of the huge monolithic and brutalist blocks.  The previous street pattern was replaced by long corridors and above-ground walkways, which paid little regard to the human desire to travel at ground level and have neighbours and communities within easy reach.

Since the mid-1990's the Council has sought to find a way of regenerating the Aylesbury to overcome those problems and its' negative image as a problematic crime-ridden estate.

Some of the early housing which has been built on the fringes of the Aylesbury has already begun to demonstrate how this part of Southwark can be transformed.  With so many developers and Registered Social Landlords interested in joining with us I hope that we will have a strong and competitive process over the next 18 months to find a partnership which will deliver a genuinely new sense of place and community.  With new outstanding schools already in the area, and with the massive investment in Burgess Park, which is due to reopen next month, I am confident that the best is definitely yet to come for the Aylesbury.
Posted by Peter John at 9:42 AM 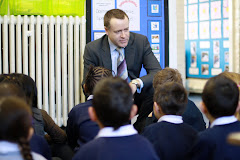 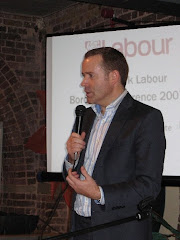